FIRST DRAWING AWARD OF THE VLADIMIR VELICKOVIC FOUNDATION 2018, Belgrade/Serbia
​The cycle of paintings called Surditas (lat. deafness) is a form of metamorphosis, which indicates deafness as a problem of communication in society. An increasing inert evolution reduces social communication to the minimum and eliminates the interaction, such as that one from a dream. Since the today’s ideological-connotative sphere seals everything, the communication simply can’t be heard and we can only feel it. For this reason, the cycle of the presented paintings transmits this emotion through the feeling of levitation and the lack of gravity, and the accentuated orchestration of the ear in the paintings fulfills one component of the painting’s soundness.
In the era of decadent events, a dream represents the expression of a man's basic need as some sort of the escapism. Having in mind that "each object has two aspects, one commonly known, which we observe almost always, and another spectral", the works of art would represent the fourth dimension of painting ideology. They would present it as a reality, but in different aspects of its expressive tonality. 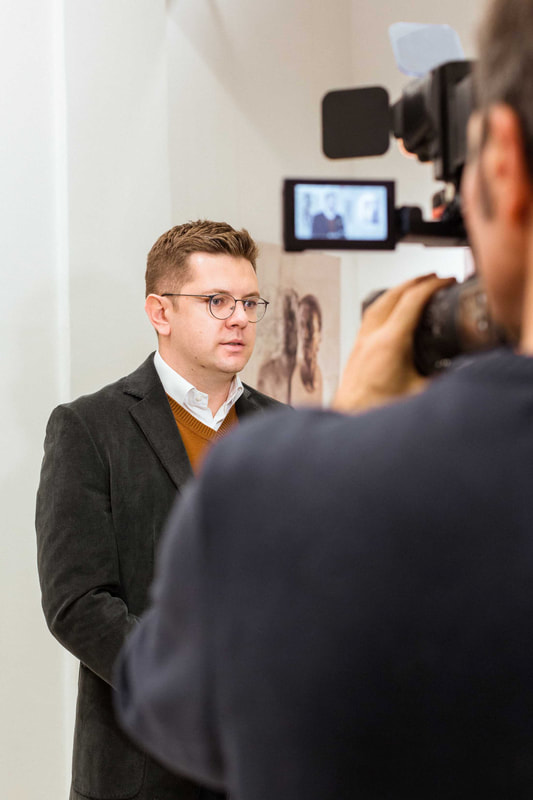 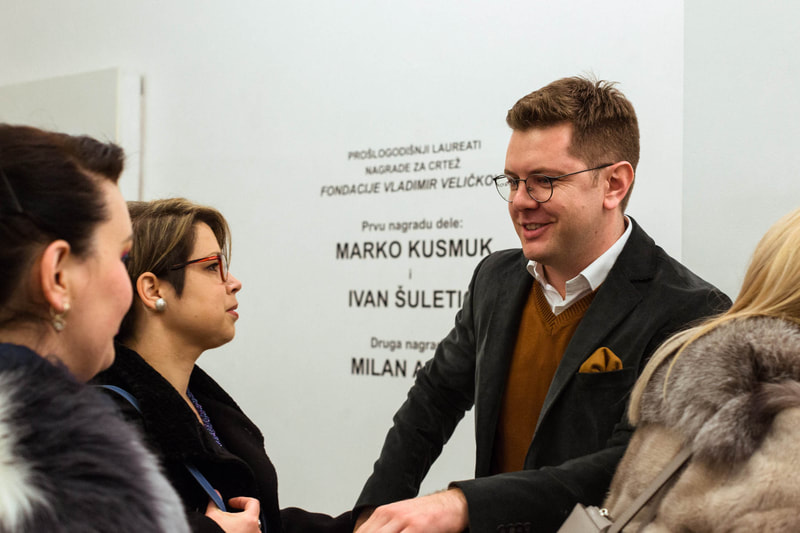 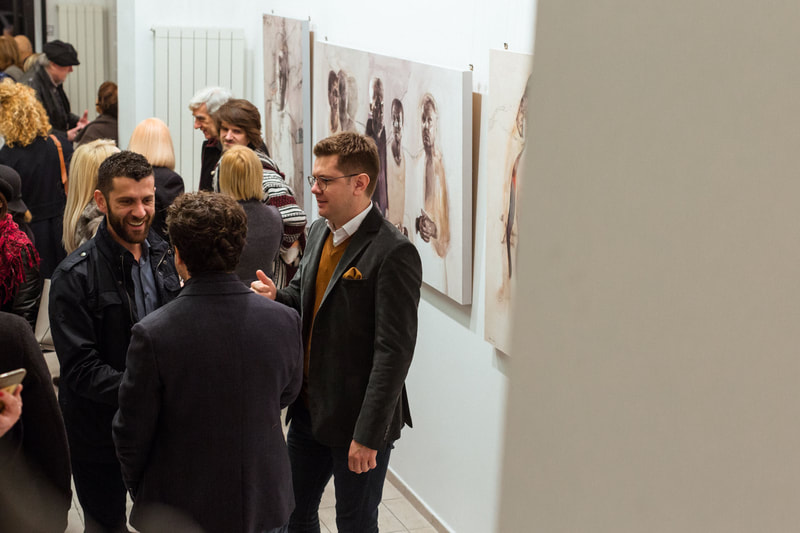 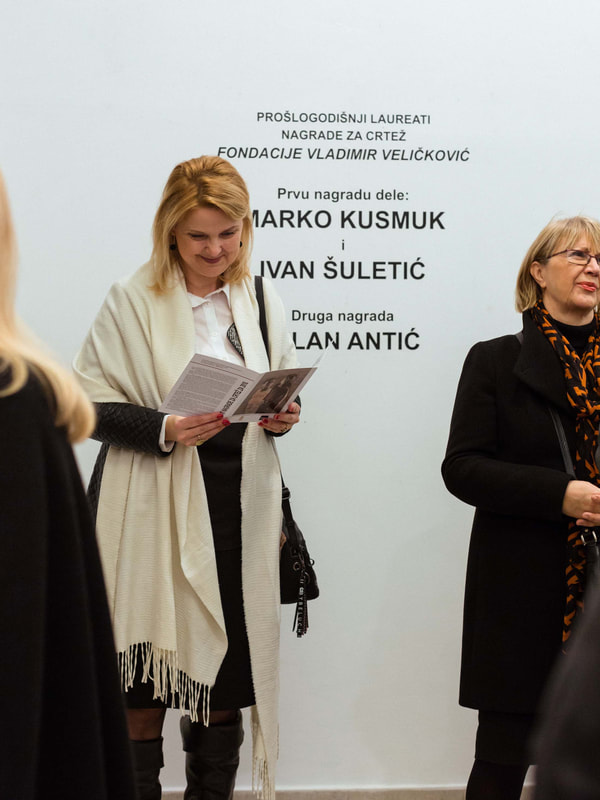 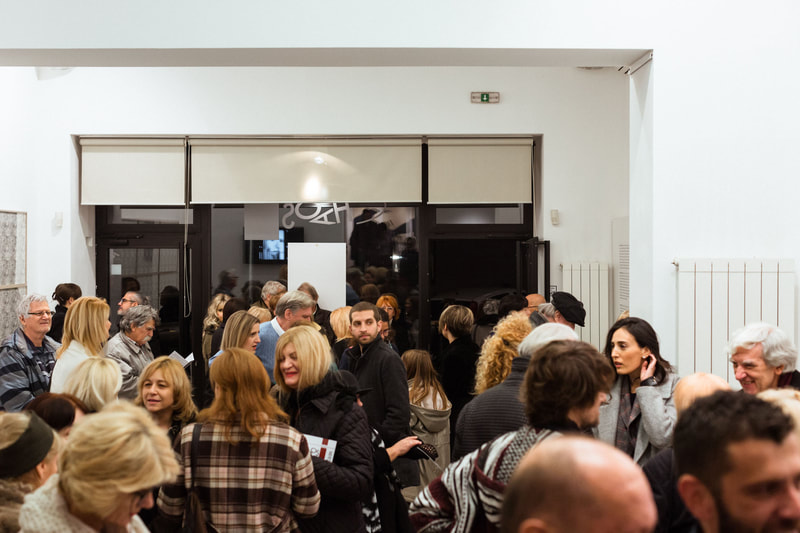 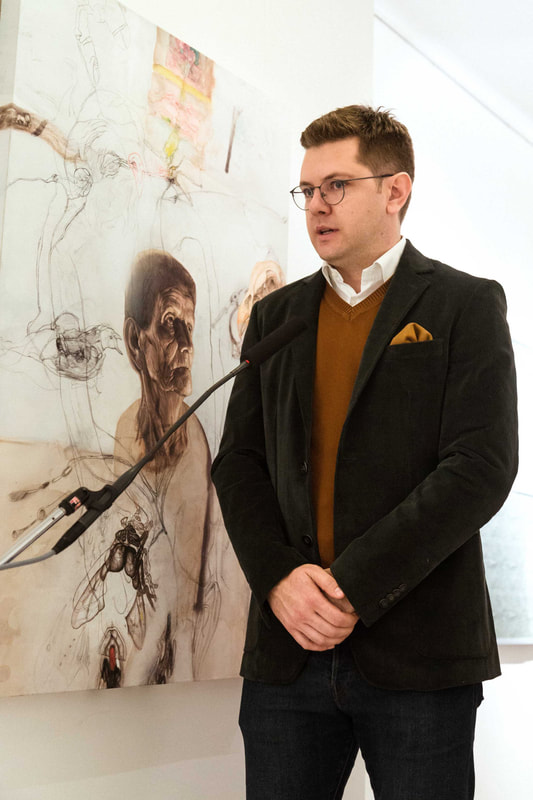 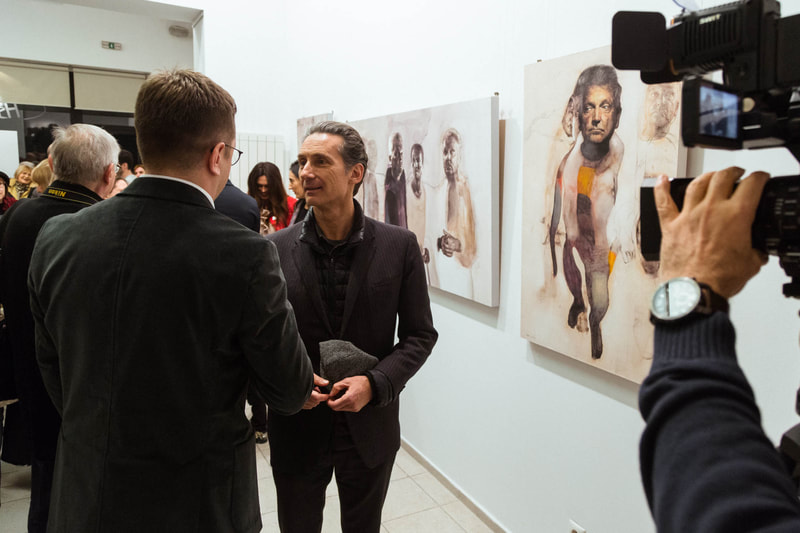 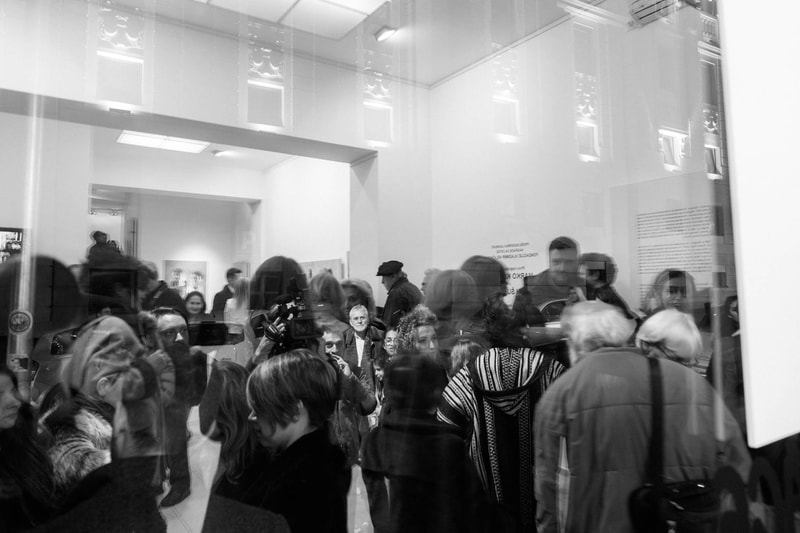 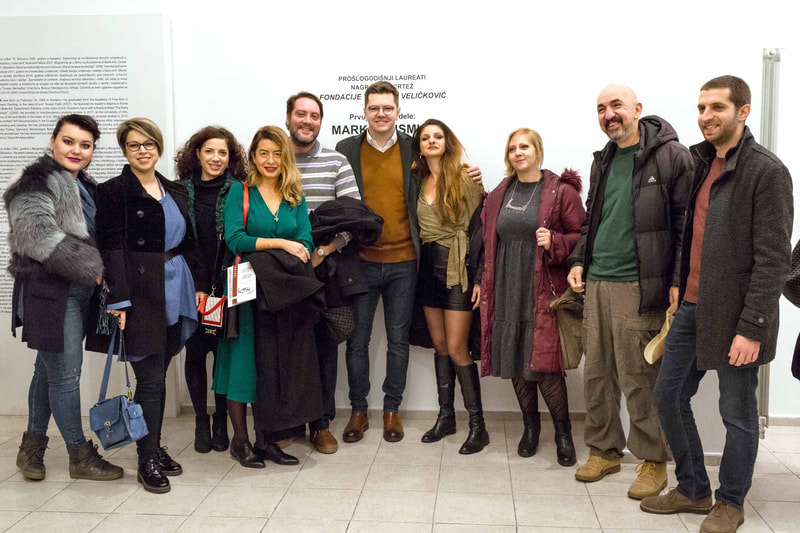 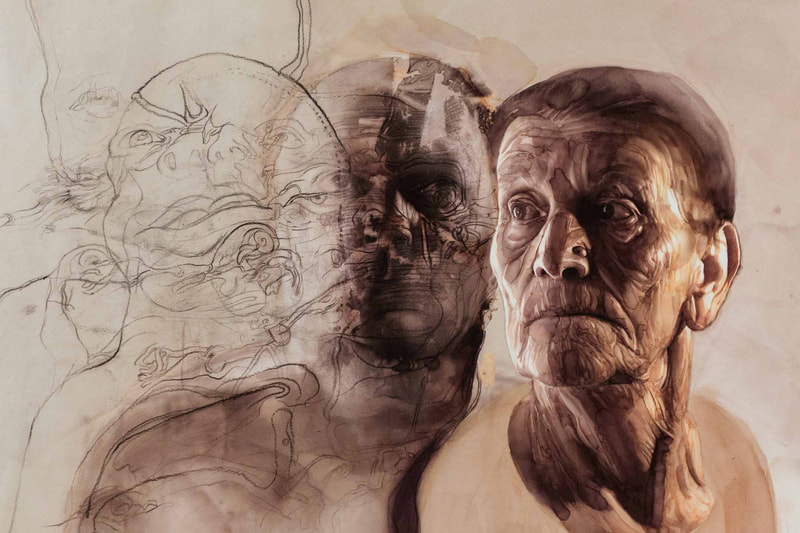